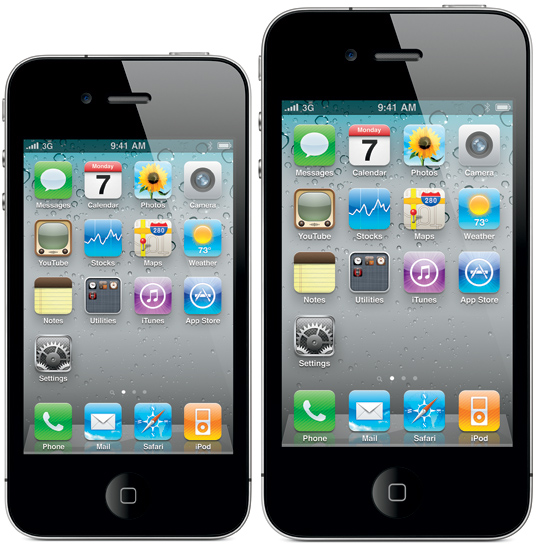 Since introducing the iPhone in 2007 Apple has used a 3.5-inch screen; so fan-boys of the new device are in for a treat. Hopefully there will be a new design of the phone whose latest look is 18 months old.

Apple may be rushing production of the iPhone 5 screen because Samsung is killing the market with its Galaxy branded smart phones which look better and outperform the iPhone 4s.

When it comes out, will you buy it or pass on?